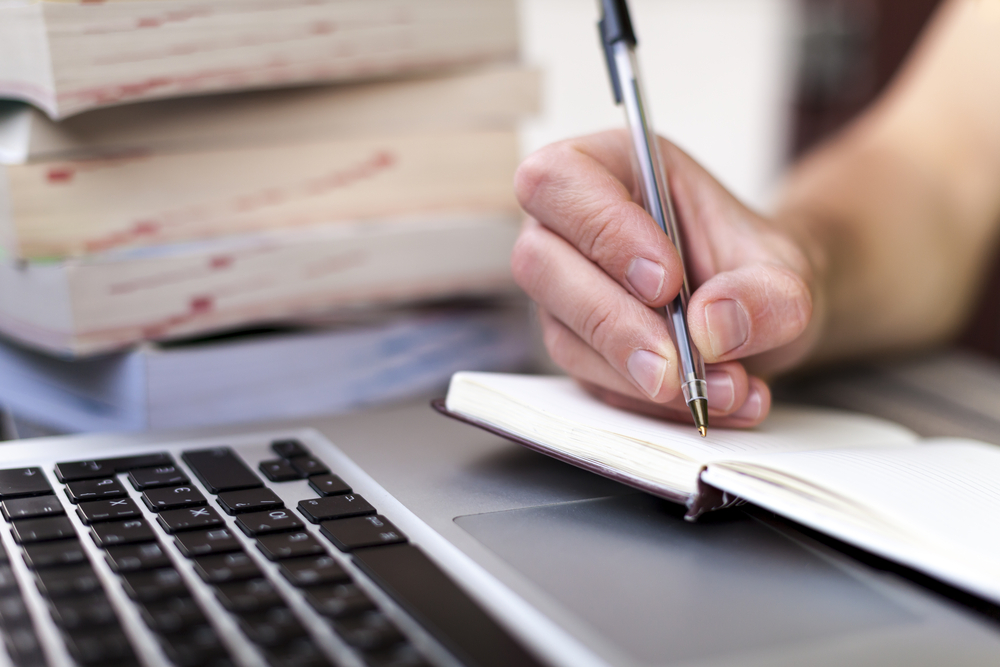 Writing an obituary is easier when you have all the information gathered before you begin. (Shutters...tock)MoreLess

Following a template is the easiest way to determine the requirements and standards for any type of writing project. It's helpful to take a look at examples, templates and guides when beginning to write. Knowing the form, function and style will help you create the best possible work.


Before you get started


Writing an obituary is easier when you have all the information gathered before you begin. If you are unsure of how to start writing your loved one's final story, check out our article How to Write an Obituary. Use this the following template and examples to craft the obituary.


Below is a sample obituary template and two sample obituaries. One is a simple, short obituary; the other is a longer version that would also be suitable for the eulogy. These are just samples to give you an idea of what you might include—you can be the judge on what is best for you and your loved one. There is also a short list to help you avoid common mistakes and simplify the process for you and your family.


He was born on (birthday), to (parents) in (birthplace).


He married (spouse) on (date of marriage) and they had (number) children, (children's names).


He worked as a (job title), and retired from (employer name).


He was an avid (Hobbies, sports, interests, activities and other information can be included here).


He was preceded in death by his (list parents, siblings, children, grandchildren, etc.).


Visitation will be (date and time) at (name of funeral home and location).


Funeral services will be (date and time) at (church or funeral home where service will be held) with the (name of person doing service) officiating.


Interment will follow at (name of cemetery and location).


Pallbearers will be (names of pallbearers).


Memorials or donations may be made to (name of charity).


Moore attended A&I and in 1950 joined the Navy, where he was a member of the honor guard, serving four years on the U.S.S. Laffey.


He married Gwendolyn Elmore and they had two children, Dirk and Tracey.


In 1963 Moore became a game warden, became sheriff in 1971, then returned to game warden where he earned the title “The Gray Ghost.” He retired after 25 years of service and opened a saddle shop full time.


Moore is survived by his wife, son, daughter, two grandsons, and two great-grandchildren.


He was preceded in death by his parents; many friends and relatives; and his three prize horses, Chip, Nipper and Sissy.


Rep Franklin Moore, 77, went to be with his heavenly father on October 3, 2017 after a long fight with kidney and heart disease.


He was born at Dryer, Texas on May 3, 1930 to Rep Moore and Leona Klohs Moore.  They later moved to Gonzales and he enjoyed training horses, participating in rodeos and learning the saddle making trade. He also attended A&I.


In 1950 he joined the Navy, was a member of the honor guard, and served four years—three of which were on the U.S.S. Laffey.  While stationed in Norfolk, Virginia he met his wife, Gwen.  They were married in 1953 in Portsmouth, Virginia.


After his discharge from the Navy, he moved his city girl to Gonzales.  Later they moved to Victoria where he opened his own saddle shop and returned to his first love, calf roping.  Rep, Gwen and their son, Dirk, who was born in 1954, enjoyed numerous excursions during their rodeo days.


In 1962 his daughter, Tracey, was born and Gwen requested they rodeo less since they now had a daughter who was also a colicky baby. He went back to building saddles and training calf ropers.


In 1963 he became a Texas Game Warden in Falfurrias, Texas and in 1971 he took leave from the department to become Sheriff of Brooks County for four years. In 1975, he returned to his job as Game Warden and was transferred to Carrizo Springs, then to La Pryor where he eventually earned the title “The Gray Ghost” not because of his white hair, but due to the fact that he’d ride up on a white horse from out of nowhere and surprise outlaw hunters in the middle of the night. He retired with 25 years of service and opened his saddle shop full time in 1988 where he built and repaired saddles as long as his health permitted.


He is survived by his wife, son, daughter, two grandsons, and two great grand-children. He is preceded in death by his mother and father, many friends and relatives, and his three prize horses; Chip, Nipper and Sissy.