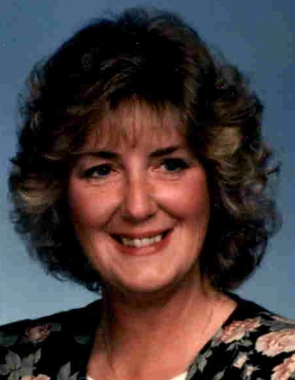 Back to Alice's story

Alice Jean Walls, 67, of Jeffersonville, IN passed away on January 23, 2020. She was born in Garden City, Michigan March 19, 1952 and married her husband, Chuck on April 7, 1973. They moved with their children from Michigan to Madison, WI in 1981 to expand their entrepreneurial restaurant business. After selling the business, they bought a new restaurant in Minocqua, WI in 1992. In 1997, they sold that restaurant as well and moved with their daughter to Topeka, KS. While living in Topeka, Alice received her associates degree in accounting from Allen County Community College in 2006. Both Chuck and Alice worked for Harrah's in Merriam, KS. They transferred to the riverboat casino outside of Jeffersonville, IN in 2006. Alice worked in customer service until she retired in 2017.
She was preceded in death by her husband, Chuck Walls; parents, Earl and Arlene Holland and brother, Ray Holland.
Alice is survived by her son, Chuck (Connie) Walls; daughter, Sara (Dan) Ellis; granddaughters, Alexandra and Natalie and siblings, Gary (Lynda) Holland, Laura Seymour, Art (Leslie) Holland and Cindy (Ray) Baker.
Visitation will be Wednesday, January, 29, 2020, at Scott Funeral Home, 2515 Veterans Parkway, Jeffersonville, IN from 11 a.m.-2 p.m. with funeral service beginning at 2 p.m.
Published on January 24, 2020
To plant a tree in memory of Alice Jean Walls, please visit Tribute Store.

Plant a tree in memory
of Alice

A place to share condolences and memories.
The guestbook expires on April 23, 2020.

Dava Kendall-Sales and Service Manager at Republic Bank
Alice was a wonderful lady, who would come in a visit with us. She always had a smile on her face and a tin of cookies to share. She will be greatly missed! I had the pleasure of spending some time with her outside of the bank also. She was a beautiful person inside and out! Prayers for her family!
Kimberly Baker Carrick
I wish i could have been there, i am keeping the damily in my prayers. Ali was a sweetheart, have known her since i was a baby, she was 7 yrs old, i loved her entire family, Good bye Ali, RIP

Beautiful in Blue was purchased for the family of Alice Jean Walls.  Send flowers

Linda Nevin Pester
Dave and I send our love and sympathy. Alice was a lovey person and she will be missed.
View all