Back to Barbara's story

Barbara Ann Riggle Frank, 80, of Sellersburg, Indiana, passed away on Saturday, January 11, 2020. Barbara will be remembered for her great sense of humor and light heartedness. She enjoyed playing Bingo and loved her trips to the casino.

She was born on January 30, 1939 in Clark County, Indiana to the late Millard Riggle Sr. and Anna Horlander Riggle. Along with her parents, she is preceded in death by her husband, Marion Frank, Jr.; daughter, Agatha Garrett; and brothers, Millard Riggle, Jr. and Richard Riggle.

Visitation will be from 4:00 pm to 8:00 pm on Wednesday, January 15, 2020 at Newcomer Cremations, Funerals & Receptions (3309 Ballard Lane, New Albany). Her Funeral Service will be at 11:00 am on Thursday, at the funeral home with burial to follow at Friendship Cemetery in New Albany.

To leave a special message for the family, please visit www.NewcomerKentuckiana.com.
Published on January 12, 2020
To send flowers to the family of Barbara Ann (Riggle) Frank, please visit Tribute Store.

Send flowers
in memory of Barbara

A place to share condolences and memories.
The guestbook expires on April 11, 2020.

Margy Smith
So sorry to learn of your loss of Barbara. Her family will be in my prayers. She will be missed.
Sharon Savadogo
Pat was my best friend. She lived life like she wanted. Loved her family and Elvis. She will always be in my heart. 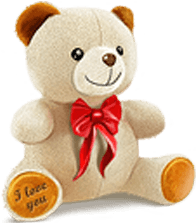 I forgot to add this. This "Teddy Bear" is from ELVIS. When you see him kiss him for me.

Mary (Spencer) Pickerill
She was the type of person that would give you the coat off her back even if that was all she had. She loved her family tremendously and would do anything for them. She'd go to the moon and back and "Shine It Too". Ha! Ha! Anybody that's knows her knows what that means. Pat, I'll miss you and will think of you every time I'm eating White Castles!!!! As I said many times WOULD YOU? SHOULD YOU? And lastly "I FORBID YOU" TO LEAVE US!!! Love you so much!!! See you later in HEAVEN!!!!
View all