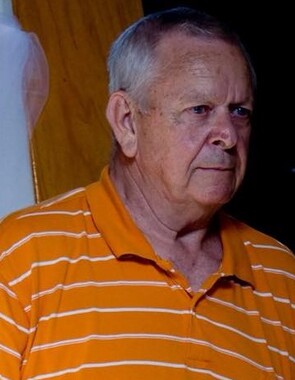 Back to Billie's story

Let Us Pause To Honor the Memory of
Mr. Billie Leon Bedford Nugent
Mr. Billie Leon Bedford Nugent, age 76, of Charlestown, Indiana formerly of Madison entered this life on February 10, 1942 in East View West in Hardin County, Kentucky. He was the loving son of the late Benjamin Edward and Julia Mae Spinks Nugent. He was raised in Madison and was a 1961 graduate of Madison Consolidated High School. Billie was a member of the First Baptist Church in downtown Madison. He worked early in life for his father in law at Craig's TV Repair on Main Street. Billie was inducted into the United States Air Force on March 29, 1963 and rose to the rank of Airman First Class during the Vietnam War. He was honorably discharged on March 29, 1967 and received the Air Force Outstanding Unit Award for 4683D Air Defense Wing, 64th Air Division, Air Defense Command. On September 13, 1965 Billie was united in marriage to Karen Craig at the Milton United Methodist Church. This union was blessed with sons, William and Scot. He worked for Olin Matheson at the Charlestown Ammunition Plant for several years and then began a 30 years career with Colgate in Jeffersonville, Indiana as an electrician. After retirement he worked for a few years at Jeff Boat. While working for Colgate he enjoyed helping with the floats in the Madison Regatta Parade for many years. He had served as the past commander for the Charlestown American Legion and held membership in the Jeffersonville Eagles Lodge as well. Billie was a devoted dad, papaw and brother. He knew what it took to be a good friend and was the jack of all trades. In his spare time he would go fishing, hunt rabbits and squirrels, tinker on cars, visit with family and devote time to his granddaughters. Billie died on Sunday, July 22, 2018, at 3:45 a.m. at the Clark Memorial Hospital in Jeffersonville, Indiana.
Billie will be missed by his loving son, Scot Jeffrey Nugent of Charlestown, Indiana and his fiancee', Kelly Horlander; his daughter in law, Kim Nugent Durbin of Sellersburg, Indiana; his loving granddaughters, Ashley Parkhill (Steven), Kelsey Smith (Dominque), Kayla Price and Clara Nugent; his adoring great grandchildren, Lanee Price, William Deckard, and Ace Smith; his brother, Estill Nugent and his wife, Sue of Charlestown, Indiana; sisters Lillian Voris of Madison, Indiana, Patricia Hall of Pleasant, Indiana; several nieces, nephews and other relatives. He was preceded in death by his father, Benjamin Edward Nugent, died December 11, 1965, his mother, Julia Mae Spinks Nugent, died October 13, 1992, his son, William "Bill" Otis Nugent, died 2009, his brothers, William Cecil Nugent, died 1928, Ernest Elmer Nugent, died 2004, and James Leroy Nugent, died 1980, and his sisters, Ethel Mae Shelton, died 1995, Trulia Virginia Stillwell, died 2004 and Frances Lorene Ferguson, died 2014.
Funeral services will be conducted Saturday, July 28, 2018, at 1 p.m., by Rev. Skip Napier at the Morgan & Nay Funeral Centre, 325 Demaree Drive in Madison, Indiana. Interment will follow in the Springdale Cemetery in downtown Madison, Indiana.
Friends may visit Friday from 4:00 p.m. - 8:00 p.m. and Saturday from 12:00 Noon until the time of service at the Morgan & Nay Funeral Centre, 325 Demaree Drive in Madison, Indiana.
A flag presentation will be conducted on Saturday at the graveside service by the United States Air Force Ceremonial Unit.
Memorial contributions may be made to the Riley Children's Hospital or the Cincinnati Children's Hospital. Cards are available at the funeral home. Online condolences, www.morgan-nay.com
Published on July 24, 2018
To plant a tree in memory of Billie Leon Bedford Nugent, please visit Tribute Store.

Plant a tree in memory
of Billie

A place to share condolences and memories.
The guestbook expires on October 22, 2018.