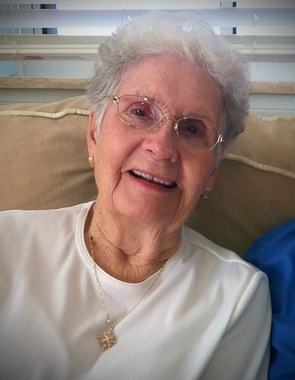 Back to Elizabeth's story

Elizabeth "Betty" Erni, 93, passed away December 3, at Traditions at Hunter Station in Sellersburg, Indiana. She was born in New Albany, Indiana to the late Gladys and Clarence Rodgers. As a young child her family moved to Melrose (Boston), MA, but they eventually returned to New Albany where she finished high school. She attended DePauw University. When her brother was killed in World War II, she transferred to the University of Louisville where she graduated with a bachelor's degree in sociology. She was then briefly employed as a social worker. In 1948 she married Joe Oscar Erni who preceded her in death in 2015. Betty was a stay-at-home mom and belonged to numerous organizations while living in New Albany including the Coterie Literary Club, Psi Iota Xi, and Alpha Club (for residents of Silver Hills).
Once their three children had all finished high school, Betty and Joe moved to Vero Beach, Florida (1973) where after a year of "retirement", Betty held a position in bank management then later earned her realtor's license and sold real estate for several years. She loved living in Florida and only returned to live in New Albany last year.
Although somewhat of a homebody, Betty liked being busy and enjoyed many activities including knitting, playing bridge and other card games, working in the yard, reading, working soduku and jigsaw puzzles, and playing tennis/bocce ball. She and Joe shared many activities together including golf (where she once shot a hole-in-one), long walks on the beach, frequent visits to Disney World, fine dining, traveling/cruises, spending time with friends, and vacations with family. They had fun watching sports together on TV. Betty and Joe enjoyed 67 years of a happy, loving, remarkable marriage. Their children never heard them have an argument.
Betty is survived by her daughter, Alice Wolfe (Dietz); sons Joe Erni Jr. and Pralle Erni (Joan); six grandchildren, Ben Vigar (Jenna), Brooke Erni, Drew Erni, Adam Burkhardt (Payhton), Sarah Banet (Judd), and Katrina Erni along with five great-grandchildren, Molly and Claire Vigar, and Amelia, Josephine, and Gus Banet. She is also survived by her sister, Nancy Rodgers Wilkens of Spokane, WA, as well as three nieces and three nephews. Family members who preceded her in death include her daughter-in-law Cindy Erni; brothers David and John Rodgers; brother-in-law Bob Wilkens, and sisters-in-law Dorothy and Naomi Rogers.
The family would like to extend their sincere appreciation to the memory care staff at Traditions at Hunter Station for the genuine kindness and care they showed to Betty.
Arrangements are entrusted to Naville & Seabrook Funeral Homes, New Albany, Indiana. Services are private. Expressions of sympathy may take the form of donations to Adaptive Hospice, 702 North Shore Dr. Suite 201, Jeffersonville, IN 47130
Published on December 10, 2019
To plant a tree in memory of Elizabeth Erni, please visit Tribute Store. 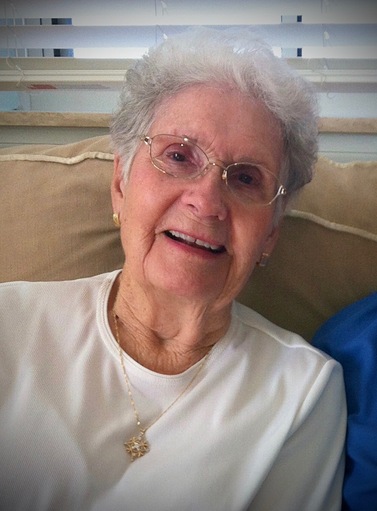 Plant a tree in memory
of Elizabeth

A place to share condolences and memories.
The guestbook expires on March 09, 2020.