Back to Floyd's story

A celebration of life service for Les Krick will be held at 2 p.m. Saturday, December 7 at Corydon United Methodist Church, 214 Elm Street, on the square in Corydon. He died Monday, November 25 at the Villas of Guerin Woods, an exemplary community which he called home for the last six years.
He is survived by his son Tim Krick and daughter-in-law Heike Eghardt, Chicago; daughter Barb Krick Bigelow and family, Seattle; cousin Doris Krick Brown, Frankfort, NY; and an extended family including Sharon and John Jenney, Sellersburg; Glenn, Vivian and Bob Linnert, New Albany.
He was preceded in death by his wife, Shirley Miller Krick; his father, Floyd Leslie Krick; and his mother, Elizabeth Krick.
He loved music, teaching, and jokes of all kinds. After studying music at the Crane School of Music (Potsdam), he joined the Navy as a musician and traveled the world. In Iceland he met and married his wife. He performed for three presidents. He taught music for many years in Massachusetts, where his high school concert band won a state championship. He also taught at Butler and Floyd Central High Schools. He was a church member, choir member, and choir director at many different churches.
Expressions of sympathy can be made in the form of a donation to Guerin Woods / Providence Self Sufficiency Ministries: www.guerininc.org/senior
Online condolences may be posted to www.tributes.com/leskrick or sent to tkrick@sbcglobal.net.
Published on December 2, 2019
To plant a tree in memory of Floyd Leslie Krick Jr, please visit Tribute Store.

Plant a tree in memory
of Floyd

A place to share condolences and memories.
The guestbook expires on March 01, 2020.

Tonya Ellis
I will always remember Les and Shirley Krick being so nice to me when I waited on them years ago. They even cooked me and another server dinner one night. He always had something positive to say to build you up. That has been over 13 years ago that I worked there but I remember both of them and the impact there kindness had on my life. I am very sorry for your loss.
Suzanne Macomber

Sincerest sympathies to the Krick family! I had and still have the highest respect for this man and everything he taught us.

CHARLES & MARCIA BOOKER
SO SORRY TO HEAR ABOUT THE PASSING OF MR KRICK' MY WIFE AND MYSELF MET MR KRICK YEARS AGO VERY NICE PERSON!! MRS KRICK WAS MY 5TH GRADE TEACHER, ONE OF THE VERY BEST!! THEY WILL BE MISSED BUT NOT FORGOTTEN!! 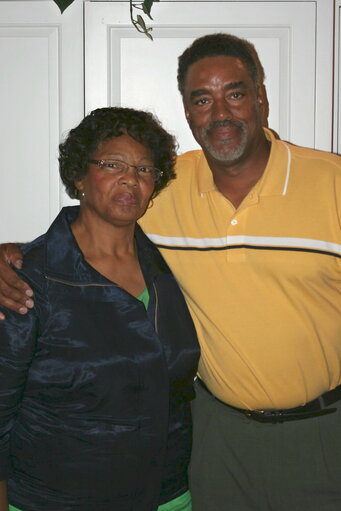 Enchanted Cottage was purchased for the family of Floyd Leslie Krick Jr by Kirsten and Andreas.  Send flowers

Kathy Chapman Keefer
Such memories I have of Mr. Krick and chorus and band. Our High School musicals at BR. He taught me how to breathe and although I did not go further with music it has always been a part of my life and I still breathe the way he taught me. My deepest sympathy to your entire family and know that he is now teaching the angels. Can you hear the?
Carla Monestere
I offer my condolences to all who loved Mr. Krick. He will always be Mr. Krick to me; he commanded respect and pushed us to pursue excellence. I had him for 4 years of concert and marching band. I was (and still am) uncoordinated and I feared being made to run laps (when I made mistakes), but at some point, I realized that he rewarded the effort at least as much as success. I learned a lot about music, friendship, discipline, and excellence from him. And, although playing flute is not part of my regular life anymore, music is. I have been singing in a women's chorus for over 10 years and have served as its president twice. His instruction helped lay the foundation for one of the great...est joys in my life and helped me find my voice. I hope your memories will be a comfort. I know that I am better for having had him as a teacher.Read more
View all