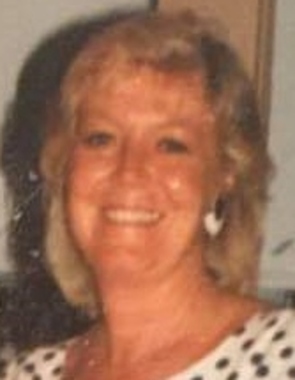 Back to Julie's story

Julie A. Densford, 66, passed away Thursday, January 9, 2020 at Clark Memorial Hospital. She was a Providence High School graduate of 1972. Julie was formerly Township Assessor and a member of St. Augustine Catholic Church and Fraternal Order of Eagles. She was a retired surveillance officer for Floyd Community Corrections. Julie was a native of Jeffersonville, IN.
She is survived by her partner Bob Payne of New Albany, IN.; brothers William E. Densford (Sheila) of Jeffersonville, IN., Thomas R. Densford (Lori) of New Albany, IN.; sisters Connie M. Taul (David) of Lanesville, IN., Kathy L. Pack (Bill) of Jeffersonville, IN.; seven nieces and nephews; four great-nieces.
Julie was preceded in death by her parents Kenneth E. Densford Sr. and Dorothy L. Densford; brother Kenneth Densford Jr.; nephew Dylan Densford.
Funeral Mass will be held Monday, January 13, 2020 at 10 a.m. at St. Augustine Catholic Church with burial to follow in St. Anthony Cemetery. Visitation will be Sunday from 4-8 p.m. at E.M. Coots' Sons Funeral Home.
Published on January 10, 2020
To send flowers to the family of Julie A. Densford, please visit Tribute Store.

Send flowers
in memory of Julie

A place to share condolences and memories.
The guestbook expires on April 09, 2020.

Connie (Moneck) Moser
We had a St.Augustine reunion a few years ago, seeing many of our classmates for the first time in years. Julie knew everyone and never forgot anyone.

When I talked to her on the phone, I'd ask how she was doing and her reply was : "I'm doing pretty good." or "I'm a little better."

I know her struggles were many these last few years, but even when I visited her during one of her recoveries in New Albany, she was making jokes and making the staff laugh.

To Tom, Bill, Kathy and Connie, I can't say how sorry I am. Julie looked at peace last night, but I missed her big smile and hearty laugh. I guess we'll miss that forever.
Margaret Robey

Never anything but kind and caring
Growing up always has its bad and good memories
Going through those years of grade school were never easy for anyone
Julie was the good memory for me from 1st grade til the last time I saw her she was a true friend
ALWAYS FRIENDLY,ALWAYS KIND AND CARING
MY MEMORIES INCLUDE RIDING TO SCHOOL IN THE MILK TRUCK WITH JULIES’ DAD AND KENNY,and sometimes Connie
Visiting at their home on Windsor Circle was always a treat
You were always made welcome and never not
Her laughter was infectious and her friendship was genuine just as she was
RIP Julie,Gods’blessings ALWAYS

Connie Fruits
Condolences for the family
I worked with Julie at JHS for several years. She was beautiful and sweet
Kimberly Helbig

Julie had a laugh anyone would know anywhere. She will be missed.

Beautiful in Blue was purchased for the family of Julie A. Densford by Bob & Carolyn & Dawn, Brian,& Heather + kids.  Send flowers

REBECCA JONES
Julie was my childhood babysitter. She would let me sit and watch her roll her hair, with these huge rollers!! I asked her how she would sleep with those things in her hair, she laughed and said very frankly, "I don't!" I was shocked the first time I saw her ironing her sister Kathy's hair. She taught me to wash my hair with egg, and rinse with mayonnaise!! I will always love you Jul!! May God bless and keep you eternally. RIP
View all