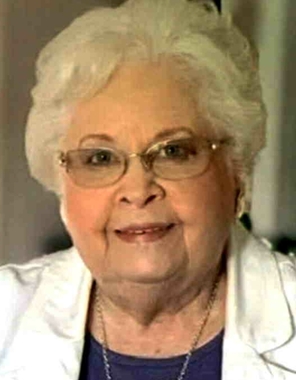 Back to Kathleen's story

Kathleen Lavon Kramer Smith, 90, of Jeffersonville, IN, passed away on October 22, 2019.
Funeral services will be held at 11:00 AM on Monday, October 28, 2019 at Legacy Funeral Center, 921 Main Street, Jeffersonville, with burial to follow at Walnut Ridge Cemetery. Visitation will be held from 1 to 7 PM on Sunday and after 9 AM on Monday at the funeral home.
Kathleen was born on December 13, 1928 to the late Irma and Luther Austin in Jeffersonville, IN. She was a member of First Christian Church of Jeffersonville and enjoyed having bible studies at her home.
She was preceded in death by the father of her children, William Henry Pete Kramer; second husband, John Ralph Smith; and siblings, Kenneth Austin and Norma Hartz.
She is survived by her children, William "Bill" Kramer (Jody), Connie Calton (Danny) and Cindy Wilson (Brad); brother, Delmar Austin; four grandsons, Adam Kramer, Alex Kramer (Jana), Brad Cunningham (Michelle) and Evan Wilson (Audrey); and five great-grandchildren, Will and Brenley Kramer, Hayden and Dylan Cunningham, and Edith Wilson.
Expressions of sympathy can take the form of contributions to the Ministry of Dr. Michael Youssef, 1570 Northside Dr., NW Bldg. 100, Atlanta, GA 30318. Envelopes will be available at the funeral home.
Published on October 24, 2019
To plant a tree in memory of Kathleen Lavon Kramer Smith, please visit Tribute Store.

Plant a tree in memory
of Kathleen

A place to share condolences and memories.
The guestbook expires on January 22, 2020.