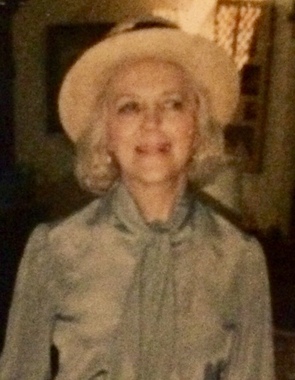 Back to Mary's story

Mary Dawn Davis of Jeffersonville, Indiana, age 95, passed away Tuesday, November 26, 2019 with family at her side. Mary was born on January 6, 1924 in Louisville to the late Richard Bennett and Helen Knight. During her life, Mary lived in Jeffersonville, the Louisville area, and in Sarasota, Florida. She spent most of her adult life as a homemaker, mother, and grandmother. Mary attended St. Augustine Catholic Church in Jeffersonville and was also a member of Incarnation Catholic Church in Sarasota. She was an active member of the local Knights of Columbus council in Sarasota, where her husband was the Grand Knight, as well as holding other leadership positions.
Throughout her life, Mary loved to dance and later in life, she looked forward to playing golf with her friends and family. At the core of her life was being a devoted mother to her children, a caring grandmother to her grandkids, and master to her many beloved dogs.
Mary was preceded in death by her husband, Ernest M. Davis of Louisville, who she was married to for 48 years before he passed away in 1990.
She is survived by five children, Mary Dawn Van Note of Roswell, Georgia, Nicola Anne Stiers of Jeffersonville, Ernest Joseph Davis of Atlanta, Daniel Anthony Davis of Bardstown, and Christopher Paul Davis of Lakewood Ranch, Florida. She is also survived by 13 grandchildren and 11 great grandchildren.
In lieu of a funeral, a celebration of life service will be held on December 7 in Louisville. The family has asked that no donations or flowers be sent. The Houghlin Greenwell Funeral Home, 1475 New Shepherdsville Road was in charge of arrangements.
Published on December 3, 2019
To plant a tree in memory of Mary Dawn Davis, please visit Tribute Store.

Plant a tree in memory
of Mary

A place to share condolences and memories.
The guestbook expires on March 02, 2020.

Chris Davis
Mom, we love you and you lived 95 great years. We know that you will be dancing in Heaven! We will miss you,
Love, Chris
View all