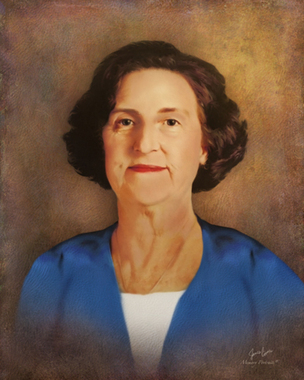 A celebration of life memorial service for Mrs. Merel Alice Stout Horton, 82, Madison, will be at 11 a.m. Friday, May 13, at Morgan & Nay Funeral Center, 325 Demaree Dr., Madison, with interment at a later date in Fairmount Cemetery, Newark, N.J. She died Tuesday, April 12, 2016, at Lincoln Hills Health Care Center, New Albany.
She entered this life on May 8, 1933 in Newark, N.J. She was the loving daughter of the late Howard D. and Mildred Sutton Stout. She was a graduate of Hamden High School in Hamden, Conn. At a very young age of four, she was blessed to ride her first horse and this love of horses would last throughout her life. She married Richard "Dick" R. W. Horton on Oct. 22, 1955 in New York, New York at "The Little Church Around the Corner." This happy union of nearly 30 years was blessed with a son, Red and a daughter, Merrick. She and her husband moved to Madison in 1962 and Merel became very active in helping to develop the "Welcome Wagon" for new residents. Her husband worked at the Madison State Hospital and the family resided there on the grounds from 1962 until a year after his death in 1986. She was very active in the community, volunteering with United Way for more than 20 years and was a huge volunteer with Miss Madison activities. She was on the steering committee for Miss Madison and was the chairperson for the Madison Regatta Parade for 41years, ending her reign in 2012. She was of the Catholic faith. She enjoyed all the activities she was involved in and made many friends. Merel enjoyed the history of Madison and with her daughter would dress in historical period clothing to welcome the Delta Queen when it would visit her beloved city. Her love for music and the arts led to a desire to sing and a significant private art collection. She loved spending time with her family and had a passionate heart for community and people
Merel will be missed by her loving son, Red Horton of China; her loving daughter, Merrick Bartlett and her husband Bill Jeffersonville; her loving grandchildren, Kire Horton, Reid Horton, Chase Bartlett and Marlo Bartlett; her cousins, John Sutton, New Jersey and Diane Stewart, Michigan.
She was preceded in death by her parents, Howard D. and Mildred Sutton Stout, and her husband of nearly 30 years, Richard "Dick" R. W. Horton who died on March 3, 1985.
Friend may visit from 11 a.m. until the time of service, Saturday, at the funeral home.
Memorial contributions may be made in lieu of flowers to the Alzheimer's Association or the Jefferson County United Way. Cards are available at the funeral home.

Online condolences to the family at be made at www.morgan-nay.com
Published on May 11, 2016
To plant a tree in memory of Merel Alice Stout Horton, please visit Tribute Store.

Plant a tree in memory
of Merel

A place to share condolences and memories.
The guestbook expires on August 09, 2016.