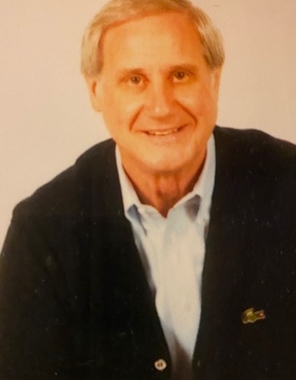 Back to Paul's story

Paul J. "Paulie" Poff, 86, passed away Wednesday December 25, 2019 at the Green Valley Care Center. He was born in Floyd County, Indiana and formerly attended Our Lady of Perpetual Help Catholic Church.
Paul was a legend in the world of basketball. He was an All-SIAC(conference), All-Sectional,-Regional, -Semi-State, -State and an Indiana All-Star while playing at New Albany High School(NAHS). He was the all-time scoring leader at NAHS for a period of 30 years(before the 3-Point Shot). His teams compiled a home game winning streak of 52 consecutive games, which has still not been matched.
Paul then attended Indiana University(IU) where, as a sophomore, he played on the 1953 National Championship team and won 2 Big Ten Titles. Upon graduation from IU, Paul went on to proudly serve his country in the US Air Force for 3 years. In 1976, Paul was inducted into the Indiana High School Hall of Fame on the Silver Anniversary Team and went on to be inducted into the Indiana High School Basketball Hall of Fame in 2004.
Paul was also known for his career in car sales and upon his retirement from that job, continued a part-time job for many years at Schmitt Furniture.
He was preceded in death by his sister: Jeanetta Fauth.
Survivors include: his wife of 58 years: Linda Osborne Poff, his two daughters: Paula Oblen(Steven) and Stefani VanGilder(James), his brother: Walter Poff(Cecile), his sister: Barbara Hall(Jerry), and his 4 grandchildren: Elijah, Joshua and Avery VanGilder and Chase Oblen.
A Celebration of Paul's life will be held at 3:30 PM Saturday February 1, 2020 at the Market Street Chapel of Naville & Seabrook Funeral Homes(1119 E. Market St.) Visitation will be from 2 - 3:30 PM Saturday before the service.
Memorial Contributions may be given to The Alzheimer's Association, St. Jude's Children's Research Hospital or the Habitat for Humanity.
Published on January 22, 2020
To plant a tree in memory of Paul J. "Paulie" Poff, please visit Tribute Store.

Plant a tree in memory
of Paul

A place to share condolences and memories.
The guestbook expires on April 21, 2020.

Ronald Fifer
Linda. I was sorry to learn of Paul’s passing. I’m sure you know how popular he was with his teammates at IU. He will always have a special place in my life. We experienced many happy times together at IU,playing golf for years after ,and at IUS. He was always willing to help me during my coaching career with the Grenadiers. I will be thinking of you and your family during these sad times and regret that living in Florida presents me from being there.
Terry Foster
Linda and Family,
I am so saddened to hear of Paul's passing. You are in my prayers. May God bless you!
Terry Foster
View all